Bypass "may not be top priority" - Whaaaaaat?

The drivers of Aberdeen Cars today hit out in fury at threats to our cherished bypass hopes. 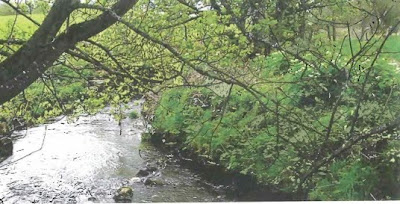 There were astonishing admissions from politicians earlier in the week when, as the hustings is prepared for the forthcoming Scottish Parliament Elections, a politician said that the Aberdeen Western Peripheral Route project (the bypass) may not "be the top funding priority" for any incoming Scottish Government.

As everyone knows, the bypass is a vital infrastructure project which is needed to allow the economic powerhouse that is Aberdeen create some much needed economic growth and pull UK plc out of recession, like we did in the 1980's and then again in the 1990's.

Aberdeen, as we all know, is the "Key City To Power the UK Recovery". But do we here in Aberdeen "City and Shire" get any thanks for it? No we don't! The thought of the bypass being completed in 2012 is just about the only thing that gives some of the drivers of Aberdeen Cars hope - it's the only thing that keeps us going through our long-standing traffic misery. Meantime we see our grudgingly-paid Road Tax money being spent on cycle lanes, pedestrian crossings, footbridge overpasses and the like, but never ever anything for us: the real people, the people in nice cars, the only ones who are economically active and create real economic growth so that people can have nice cars.

So, for polititions to brand the bypass as: "not the top priority" is insensitive. They say they need the money for hospitals and schools. We say - "let the drivers of Aberdeen Cars create the much-needed economic growth first - then you can have as many hospitals as you want! Give us our bypass! NOW!"


Then there are those who say that the bypass won't work, it'll just create more traffic. They talk of strange sounding things like The Lewis-Mogridge Position, The Downs-Thompson Paradox, The Braess' Paradox and Induced Demand. Which is all very clever we're sure. They say that more roads means more cars will use the roads. Well, duh! That's the whole idea! And that means that we'll need even more roads, and so on until there's enough. Simples!

What these nimbys don't realise is that they should treat this as a mathematical problem. If you evenly distribute the population, everyone of age can drive and has a car, everyone drives at the same time and there is sufficient road available with an even distribution of journeys throughout the country then you have the situation where everyone is driving at the same time and no scope for an increase in roadspace leading to more journeys undertaken etc. there would be no one else to drive!

This will be the omega point. Only then will our work be done.
Posted by 'Old Skidmark' at 09:25

Email ThisBlogThis!Share to TwitterShare to FacebookShare to Pinterest
Labels: AWPR