Having been heartened by the sight of the large car-park shown in the feasibility study documents (big pdf) used to promote the "City Square Project" we were shocked to see the website being used to promote the project, now re-branded "City Gardens Project". We've looked long and hard and can find no mention of a car-park. There's talk of public transport links, pedestrian routes, buses and trains, but nothing about cars. What's going on?

Well, there's a crumb of comfort to grab hold of with open arms - the website says that the feasibility documents - which show the super big car park which we like so much - are "accurate". So, we have to assume that the lack of mention of the much needed carparking facilities - it's really hard to find a space when you go shopping - and the boosting of public transport and the other vegetarian-friendly transport options are just greenwash, pure and simple. Greenwash which is designed to appease the hippy artist-lovers who oppose the project and want to turn the Denburn Dual Carrageway into a cycle lane and bridleway.

But we know better, we know that the car-park remains! The Denburn Dual Carriageway is safe!

Thank Ford for that! 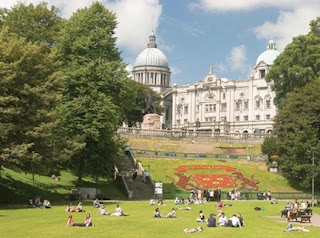 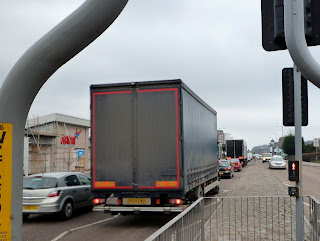